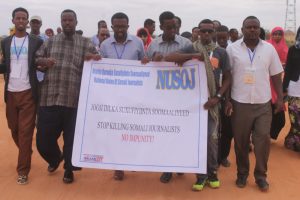 Delegates at the fourth General Assembly of the National Union of Somali Journalists (NUSOJ) took time from their conference to pay a visit to the burial grounds of the five journalists killed in Galkayo. 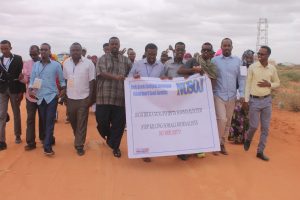 Galkayo is the second most dangerous place to be a journalist in Somalia after Mogadishu. The representatives from different regions of Somalia paid tribute to their murdered colleagues, pledging they will leave no stone unturned in seeking justice. 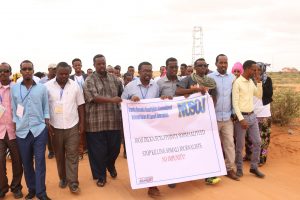 “The loss of these lives is hard to bear. They believed in the purpose and mission of journalism and they didn’t expect to die for it. They have been targeted, sought out for death for a very simple reason: they did their jobs of seeking the truth. We will continue honouring them and, in their names, we will fight relentlessly to find ways of making journalism safer,” said Faduma Yusuf Said, Bossasso-based journalist working for Kalsan TV. 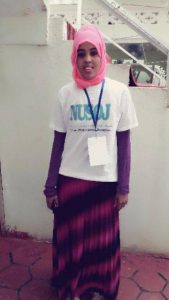 “Our message to the Puntland government and the regional administration of Mudug is to investigate the attacks against journalists and bring the perpetrators to justice” said Omar Faruk Osman, the re-elected Secretary General of NUSOJ. 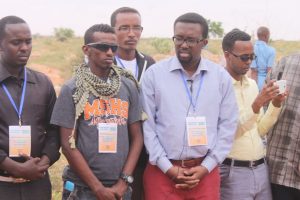 Over the past 25 years, the numbers of killed journalists in Somalia have featured high on the lists compiled by the International Federation of journalists, totalling 75 between 1990 and 2015. NUSOJ and its members have over the years fought hard to remind the federal government of Somalia of its obligation under international law to protect journalists and bring to an end the culture of impunity.

“As long as the blood of innocent journalist continues to be shed, and their families endure cruel indifference, our union will never stop in our campaign to hold authorities responsible” added Osman. “They should stop attacking our union and undermining its leaders, and instead take the necessary steps to protect journalists.”

Delegates visited families of the killed journalists and expressed their solidarity for the pain they have been through after losing their loved ones. “We came here to share your pain and anguish, and show solidarity. Our union and our Puntland branch here are committed to support the orphans of killed journalists,” said Osman.