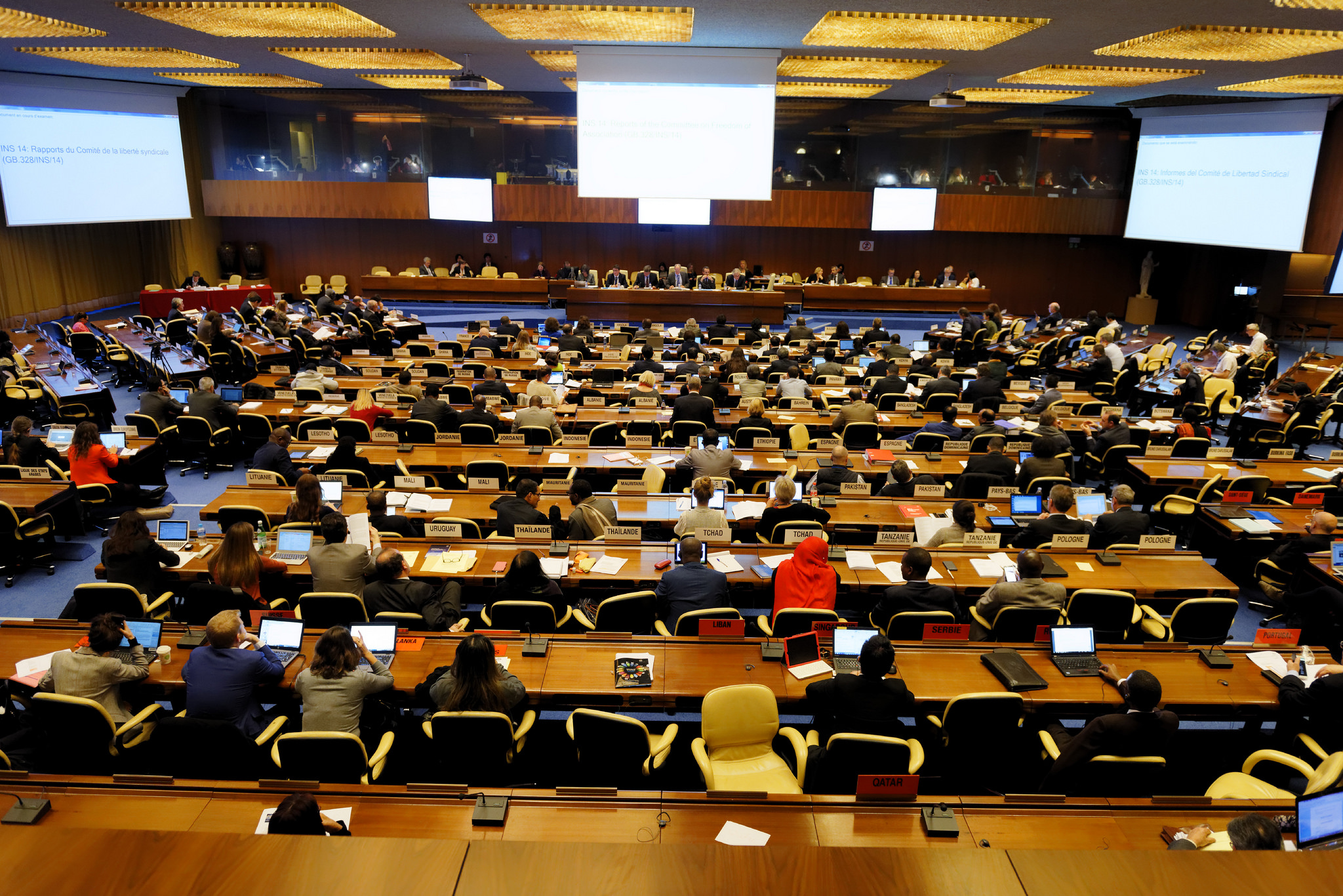 The UN’s International Labour Organization (ILO) has, at the 331st Session of its Governing Body yesterday, upheld a complaint submitted by the National Union of Somali Journalists (NUSOJ), the Federation of Somali Trade Unions (FESTU) and the International Trade Unions Confederation (ITUC) over repeated and severe human and trade union rights violations, and unanimously approved a new set of recommendations issued by the ILO Committee on Freedom of Association.

The UN agency used its mandate to direct the Somali government to rapidly report back measures it has taken “to ensure that the FESTU and the NUSOJ can fully develop their trade union activities without hindrance” and promptly institute “independent judicial inquiries” for serious violations of freedom of association and persecutions of trade unions “in order to fully uncover the underlying facts and circumstances, identify those responsible, punish the guilty parties, and prevent the repetition of such acts”.

The conclusions and recommendations by the ILO Committee on Freedom of Association were endorsed unanimously by the 58 members of the ILO governing body, and are a culmination of several rulings handed out since the Somali unions and the ITUC submitted their complaint in 2014.

“The Somali government has been found to be in serious breach of its legal obligations under the international conventions and standards concerning the right to freedom of association which it freely ratified. Having failed to execute repeated instructions, the government has now no other choice but to implement the latest recommendations as directed by the ILO” said Omar Faruk Osman, NUSOJ Secretary General.

The Committee finally overcame the prevarications of the Somali government by using paragraph 69 of its procedure to force it to provide the required information on all the pending matters, in particular an acknowledgement “that FESTU, led by Mr Omar Faruk Osman, is the most representative workers organisation in the country and that Mr Osman is the leader of the NUSOJ.”

Welcoming the government’s insertion that it wants to find solution to the problem, the ILO directed the Somali government to find solutions to acts of “very serious nature” particularly “the arrest of the NUSOJ Vice-President; the assassination attempt on NUSOJ Secretary-General; the assassination of a journalist, member of NUSOJ; and interference from the authorities in the setting-up of a trade union”.

“Among these latest recommendations, the most important for NUSOJ is the instruction by the ILO to the Somali government to punish guilty parties who committed rights violations against our movement and to provide without delay a full explanation for the arrest on 15 October 2016 of Abdi Adan Guled, Vice-President of the NUSOJ and on the outcome of the investigation on the assassination of Mr Abdiasis Mohamed Ali, a member of NUSOJ”, said Osman.

“We have already shared with the ILO the names of those who perpetrated these abuses, including Ministers and other government officials. But the biggest culprit that is bringing the entire government into disrepute is the Ministry of Information. There is no national government position against NUSOJ or FESTU, and our unions are not against the government as a whole, but there are those in government who continue to commit abuses with impunity, putting the government under international scrutiny” added Osman.

The ILO finally offered assistance to help the two sides resolve their political differences and facilitate a constructive dialogue, but, having noted that the Somali Ministry of Information is still refusing to comply with the legal advice given by the country’s State Attorney General with respect to implementing international standards, stopped short of closing the case until the government fully complies with these latest recommendations.