The National Union of Somali Journalists (NUSOJ) strongly condemns the deadly terror attack, which was carried out by Al-Shabaab terrorist group this morning at around 5:30am, which caused deaths and injuries of innocent civilians including journalists and politicians. 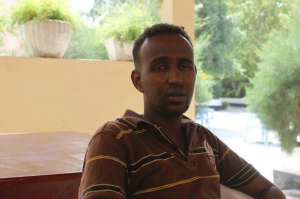 Condemning the cowardly attack on Sahafi Hotel, Omar Faruk Osman, NUSOJ Secretary General said: “today we are all horrified, devastated and appalled. We waked up with the deplorable act. We lost a colleague, a friend and a member of our union, Mustaf Abdi Nur, in this atrocious attack.”

Appalled by today’s savage attack on Hotel Sahafi, NUSOJ and its entire members stand in solidarity with victims and their families, and Somali people who are increasingly subjected to violence for choosing to live in their country peacefully. NUSOJ wishes a quick recovery for Faisal Omar Hashi.

Mustaf Abdi Nur, 27, is the fifth journalist killed in Somalia since start of the year. Abdullahi Ali Hussein was killed on 8 September in Mogadishu. Abdihakin Mohamed Omar and Mohamed Abdirakim Moallim Adam were murdered in Mogadishu on 26 July. Daud Ali Omar and his wife were killed on 30 April in Baidoa.